You can request a new password by entering any information about your membership in the form below. Your password will be sent to your e-mail address and mobile phone.

Register if you don't have any registration yet!

Basket Total : 0.00 $
If you continue your transaction by logging in, you can track your donations and you can automatically fulfill the information you need to enter when you want to donate.

If you registered already, COMPLETE DONATION or Sing Up

Our Prophet, Hz. Muhammad (s.a.v) states the following in a hadith about our holy book, the Quran: "The best of you is the one who learns and teaches the Quran." (Tirmidhi, Fedâilu'l-Quran, 15)

The entire Islamic world respects, reads and memorizes our great book, the Holy Qur'an; in fact, it is necessary to know verses from the Quran in order to perform the prayer, which is our most important worship.

Reaching the Qur'an Al-Kareem can be a very difficult and challenging situation in some geographies, especially in African countries, where poverty, lack of opportunity and colonialism are so common. We have millions of Muslim brothers and sisters who have not yet seen the mushaf al-sharif in the book form their whole lives.

In fact, there are so many students who are trying to learn the Qur'an or memorize its verses by studying on Qur'an Al-Kareem that's written on sand or pieces of wood.

Even so, in Our country, some of our Muslim brothers and sisters in need, many of whom are orphans, have difficulties in obtaining the Mushaf al-Sharif due to financial difficulties. They expect a friendly and brotherly hand to reach them. In this sense, there are serious needs for the Qur'an Al-Kareem in both formal and non-formal madrasas.

In line with all these needs, Beşir Association embraces all Muslims in the world with sincere feelings with our campaign called "The Best Gift" and tries to supply their needs for Mushaf Al-Sharif and knowledge.

The Mushaf Al-Sharifs that we gift under “The Best Gift” campaign is acknowledged and given the seal of approval by the Turkish Ministry of Religious Affairs. The prints of the Qur'an that are gifted in Turkey are written in the Muhammed Abay calligraphy style inspired by famous Ottoman calligrapher Hafiz Osman. The prints that are gifted to the Arabian and African countries are written in Muhammed Abay calligraphy style inspired by Resm-i Osmani.

The only way to emerge out of the depression, sorrow and crises that mankind has sunk into all over the world, is to cling to the Qur'an, the words of Our Almighty creator Allah (swt) with all our might, to understand, tell and spread it the way that His Messenger Muhammed (s.a.w.) did.

By supporting the Mushaf Al-Sharif campaign started by the Beşir Association, you can help the word of Almighty Allah (c.c.) reach our brothers and sisters in different geographies in better conditions and you can also win their hearts and become partners in their path to knowledge. 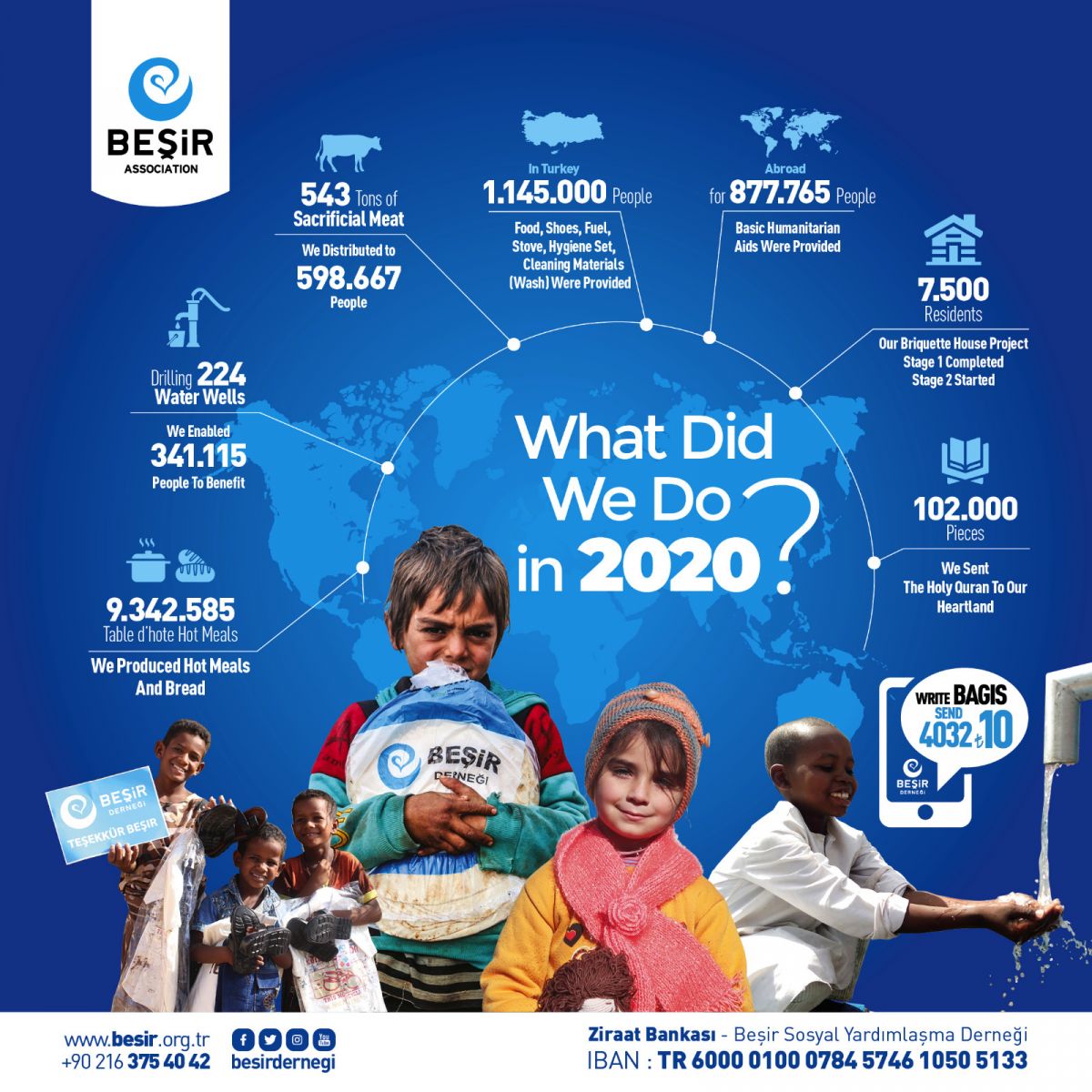 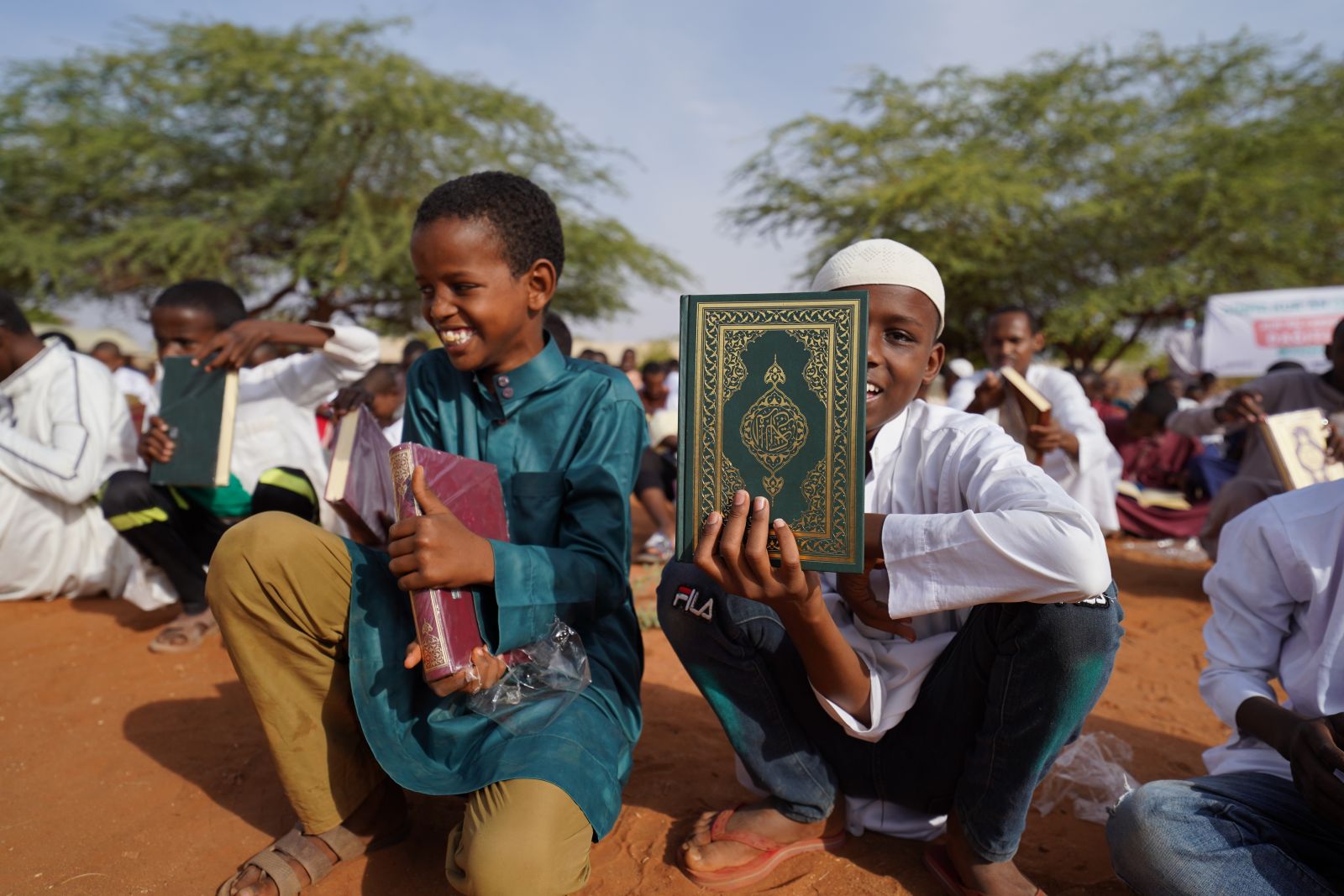 You can manage your personal preferences in terms of cookies used in accordance with KVKK and GDPR in order to personalize your experiences from the Cookie Approval Tool, for more information Privacy and Protection of Personal Data You can visit our page. By using our site, you agree to our use of cookies.